You are here: Home / The Sacred Sink / Taylor Trash Teaser 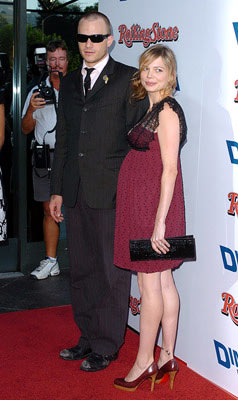 I don’t get paid to dish gossip anymore but, that doesn’t mean I still don’t look for the scoop!!:) There hasn’t been much juicy Hollywood news recently, but I did find a few notable tidbits. Here is a photo of Heath Ledger and Michelle Williams at the “Brothers Grimm” premiere. The couple recently got engaged after announcing Michelle’s pregnancy. On TV this weekend is the Pamela Anderson Roast on Comedy Central. Among the guests: Adam Corrola, Tommy Lee (naturally), Dennis Rodman, and Anna Nicole Smith. Courtney Love was also invited, but they had to cut out almost everything she did (and/or said) because it was too inappropriate for television. Courtney, as we know now, has violated her probation on drug charges, and rumors are that she could even lose custody of her daughter. I feel bad, but how many chances has she been given now?! Hopefully she’ll get help and focus on her child instead of her partying. A friend of Julia Roberts says that the mommy of Hazel and Phin. will soon quit acting altogether. She is set to star in a Broadway play next year, but after that, she reportedly wants to be a full-time mommy and focus on her twins. Well..there you have it! Just a few little nuggets I thought I would share to get you updated.:)