You are here: Home / The Sacred Sink / Mario Bros. and Woody

It’s officially October and we are suited up and ready for trick or treating! Just a tad early, admittedly.:) About a month ago we received a costume catalog in the mail and Garrett was instantly smitten. He carried that thing around with him 24/7; pointing out all the costumes he wanted his friends, family, neighbors to dress up in. Right from the start he wanted to be Woody and devoted all conversations (to all who would listen) to sharing that news. You can even see from this post a month ago that he is holding on to that catalog! It was shredded by the time he was done with it! Lol.
It was cute at first but then he became hysterical when we told him he would have to wait several weeks for us to order the costume. Many tears were shed over that news! Anyway, the costumes FINALLY came a few weeks ago (thank you express shipping)!:) Here is the arrival day and the big “reveal”. 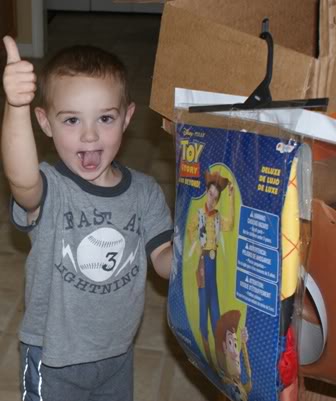 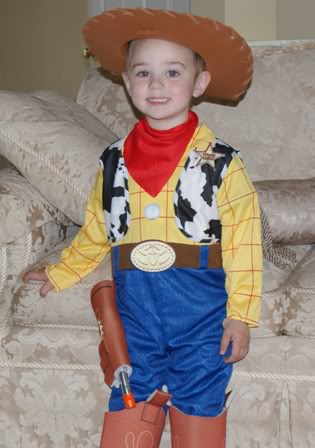 Gabe and Grant wanted to be Luigi and Mario. Notice how they are even playing their Nintendo DS’ to get in to “character”.:) 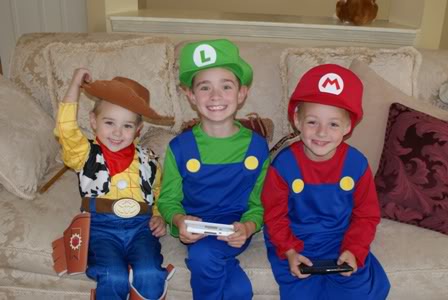 Although we saved $ with coupons and free shipping, it’s still so much more expensive than when WE were growing up. Yikes! Remember the cheap dress-up duds and plastic masks?! Those were the days. My strategy is to rent “Casper” next year and hope they go for the ghost look!:)