You are here: Home / The Sacred Sink / Articles / Referral Anniversary

Today is a happy day!   It marks the one year anniversary of getting “the call” that we had been matched to Karolina!    Earlier that March 5 morning,  I had attended a health fair at church and caught up with a Polish friend.  I asked her “Do you like the name Karolina?”   Is it even Polish?  She confirmed it was, and I shared with her that Jim and I had begun leaning toward that name for our daughter.   At approx. 7:45pm that night night we got a call from our adoption agency saying they had indeed received our referral and would be sending some photos shortly.  And her name?   Karolina.   The rest is history.   These are some of the first pictures we saw of our daughter: 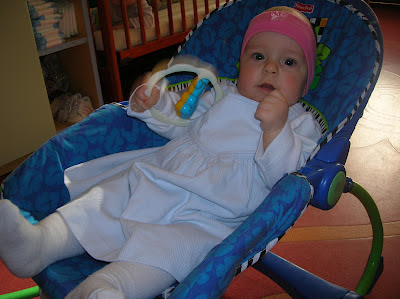 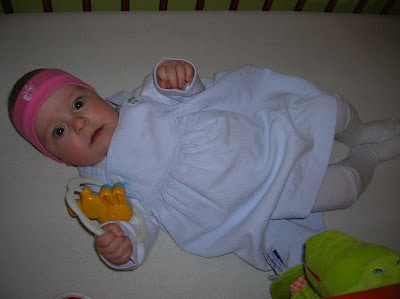 My mind is currently playing the song “The First Time, Ever I Saw Your Face” (The Celine Dion version).  What a moment!   Jim and I were so excited.  It was similar to birth (only longer)!:)     So much to celebrate.  I wish I could share exciting plans of a party or dinner tonight, but Karolinka and Gus are unfortunately under the weather.   Karolina has an ear infection, severe diaper rash, and we’re trying to stave off dehydration.  Little Gus has a fever and cold.   Last week Gabriel had two teeth pulled and has had some road bumps in the recovery process.  You know what they say, when it rains, it pours!

On a side note, please excuse my blog design lately and virtual “dust” as I experiment with some new things.  I actually have a new domain and have been working with a developer but it’s been a slow go.  I hope to make some changes by the spring.